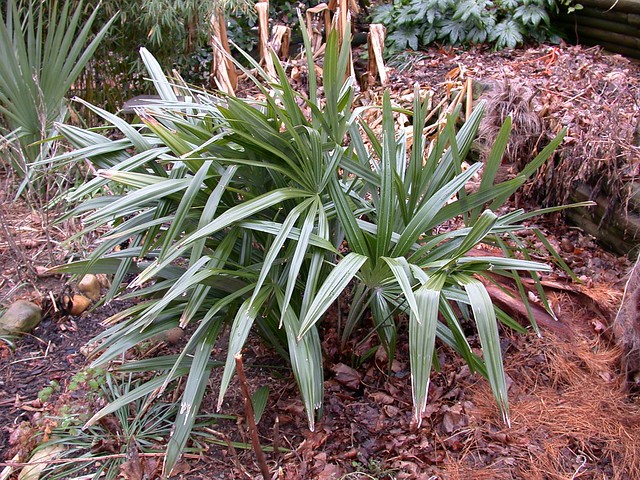 Something smells a bit funky in my garden this time of year.  The fruits of needle palms (Rhapidophyllum hystrix) ripen in late fall in dense clusters at the base of the plant and look--and smell--like some wild animal came along and pooped out a big pile of scat.  I suppose this must be attractive to some animal that disperses the seeds, but I don't think anybody has figured out for sure what animal that might be.  The flowers it produces in late spring are about as appealing, looking like some strange fungus attacking the plant. 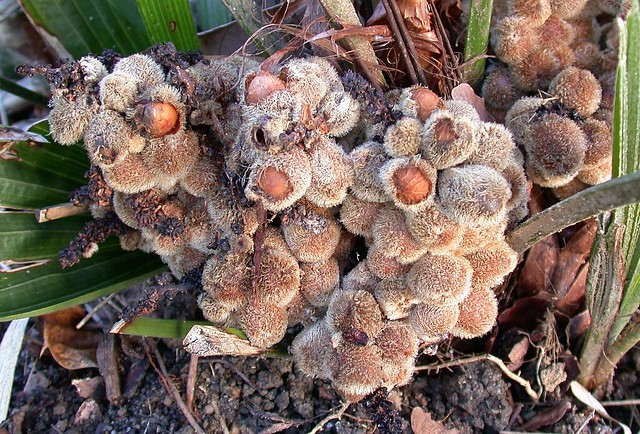 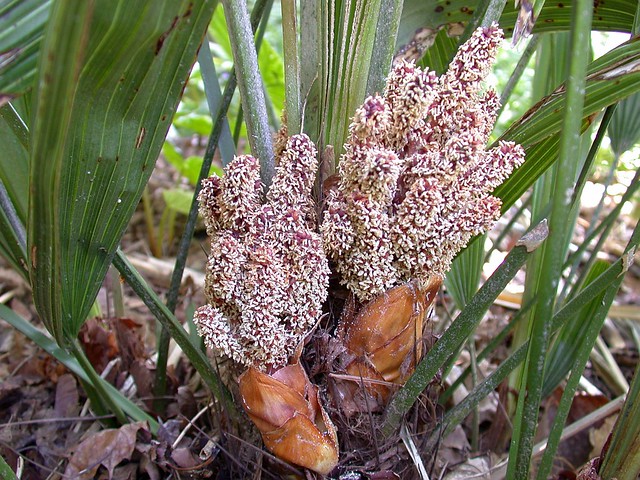 But we don't grow plants like this for their flowers or their fruits.  This palm is popular thanks to its extreme (and somewhat unexpected) hardiness.  Unlike my windmill palms (Trachycarpus fortunei), my needle palm came through the single digit temperatures of last winter completely unscathed.  I grew my plant  from seed about 13 years ago and it's still fairly small, perhaps 3 feet (1 m) across.  I was surprised to find my plant blooming a few years ago, and even more surprised to see fruits later that year because this palm is supposed to be dioecious (with male and female flowers on separate plants). 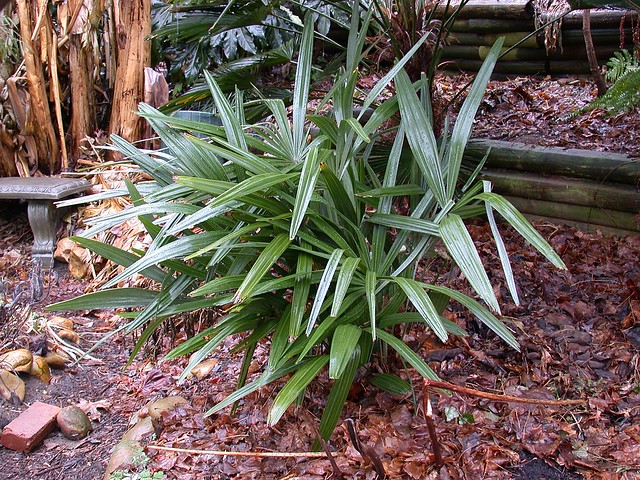 Sometimes known as "porcupine palm" (hystrix being Latin for porcupine), this species is native to the southeastern United States, from southeastern Mississippi to southern South Carolina and south to central Florida, where it grows in moist woods.  Both common names are well-earned as it produces long, sharp needles at the leaf bases.  Needle palms have proven to be hardy far north of their native range--with some growers reporting success in zone 6--so needle palms are among the favorite palms of "zone-pushers".  But unlike most palms, needle palms have only short trunks and grow into dense, clustering mounds of foliage.  While not a proper palm "tree", a well-grown specimen can be quite handsome. 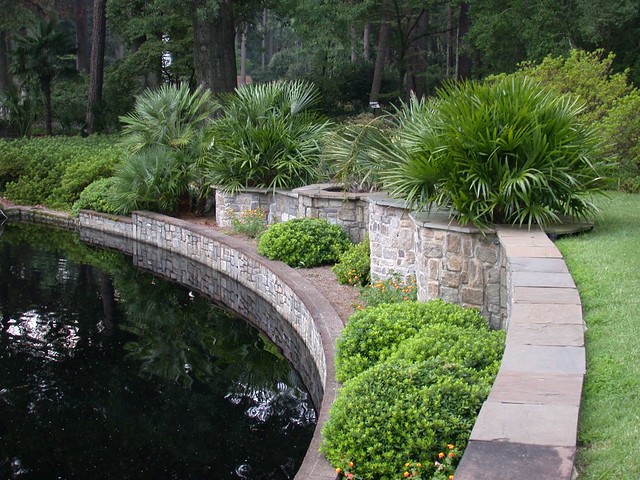 The presence of this palm in the southeastern USA is a bit of a puzzle as its closest relatives are the Eurasian genera Chamaerops (European fan palm), Trachycarpus (windmill palm), Rhapis (lady palm), and Guihaia.  Another puzzle is that although its deep south provenance doesn't suggest much hardiness, this is one of the hardiest of all the palm species and can be grown much farther north than its native range.  Rhapidophyllum may be the remnant of a formerly more extensive group of northern palms, pushed south and nearly extirpated by ice age glaciers.

Cold hardiness notwithstanding, needle palms perform best in areas with long, hot summers.  They seem to do equally well in full sun--where they will form dense clumps--to bright shade, where they tend to have a more open, spreading habit.  Even given ideal conditions, this species is as notable for its slow growth as it is for its hardiness.  But with time, the plant can grow quite large and should be sited carefully when planted.  Many people make the mistake of giving it insufficient space to spread.  A specimen I saw at JC Raulston Arboretum in Raleigh, North Carolina a few years ago was at least 12 feet (3.6 m) across! 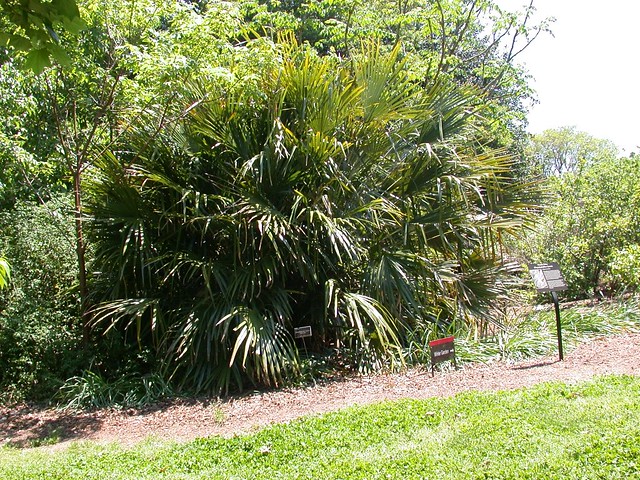 Needle palm is the most commonly planted hardy palm in Washington, DC and I've found quite a few specimens around the city in recent years.  Here are photos of a few notable specimens I've come across.  The first, growing at the National Zoo, demonstrates how short-sighted the planting locations can be. 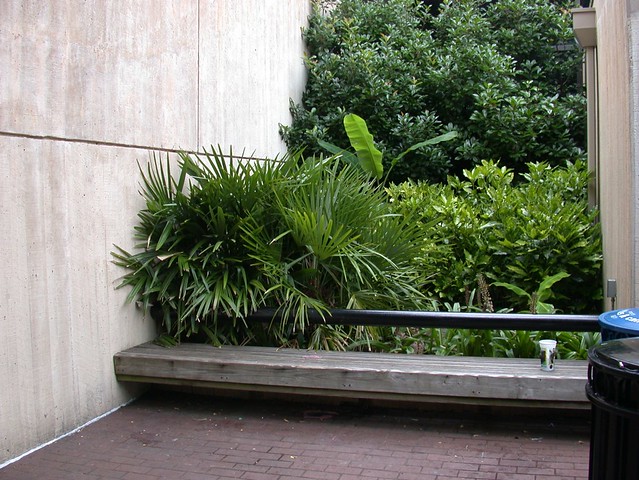 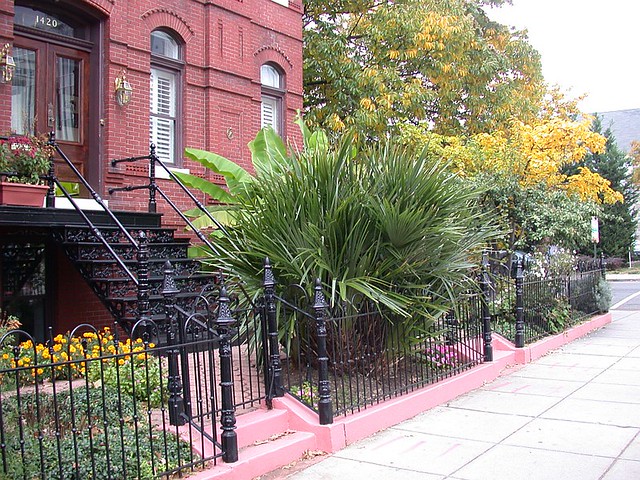 The needle palm below was one of the largest in DC, and in my opinion the most beautiful specimen in the city.  I was astonished to come upon this specimen in my own neighborhood, shortly after buying my house in 2000.  I met and chatted with the owner, who told me he had planted it in the 1980's.  The plant received high shade from nearby oak trees and did well for over 20 years despite growing in the narrow "hell strip" between the sidewalk and the road, and without ever receiving protection.  Alas, it was planted directly over municipal water pipes and in 2008 it had to be removed when lead pipes were replaced throughout the city.  It was moved to a private garden in Bethesda where it is apparently still doing well.  Two smaller needle palms, planted by the owner in the 1990's, are still growing in the front yard of the house. 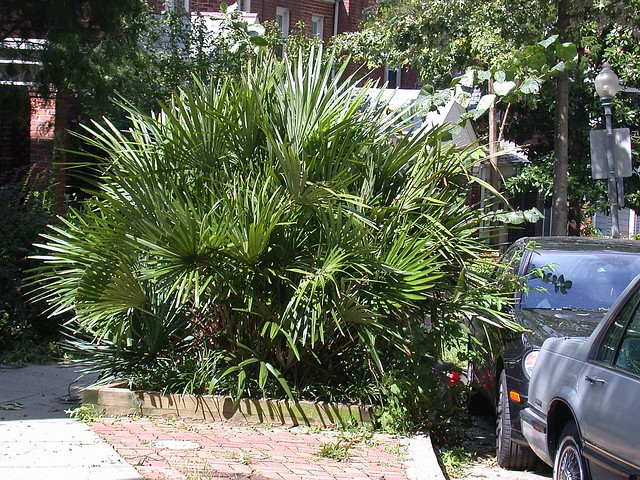 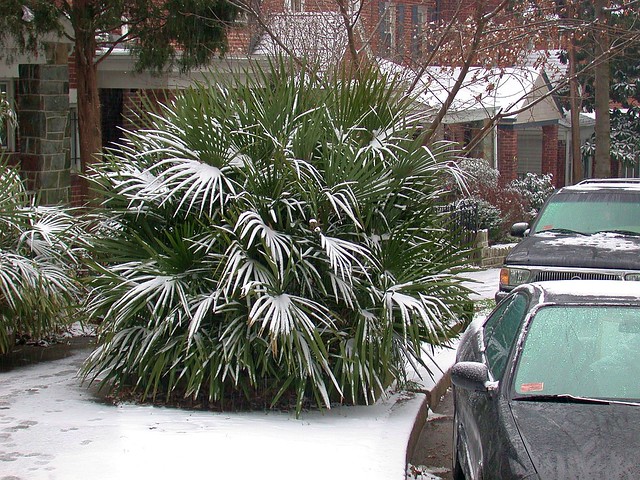 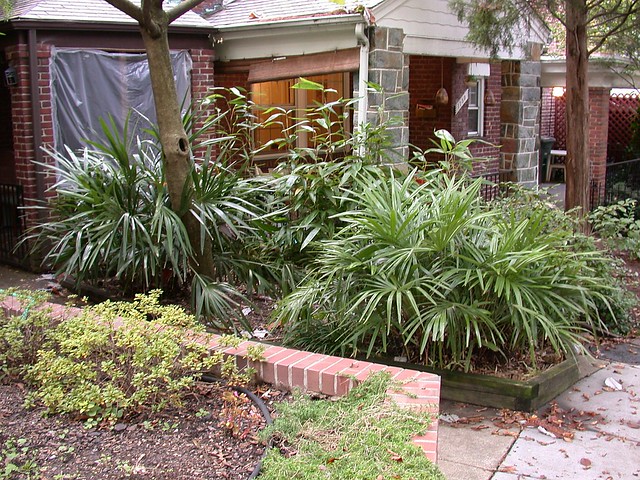 But by far the biggest, and oldest, of all needle palms in Washington, DC is at the U.S. National Arboretum.  This specimen was planted in the 1970's and has thus survived some of our worst winters for over 40 years without any special protection.  I first saw this palm in 2004 when meeting some online friends in person for the first time, a meeting that was the genesis of a local group of gardeners we eventually dubbed "DCTropics" (and inspired the name of my blog).  Although the original group still (technically) exists on Yahoo Groups, most members have now moved to Facebook where we now meet in a group called MidAtlantic Tropics.  If you're interested in hardy palms, come visit us! 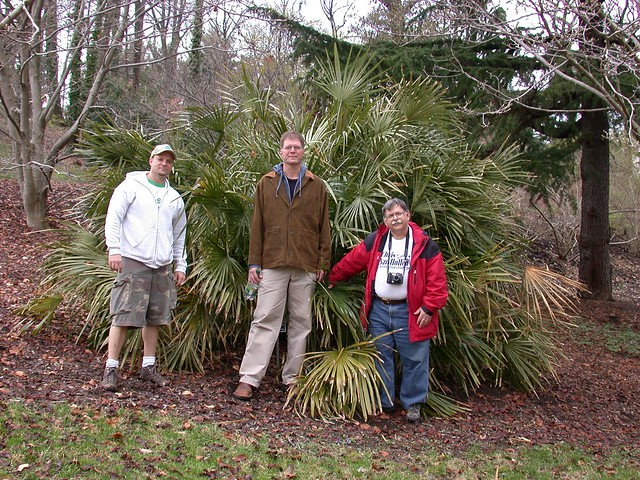 Do you know of any other notable specimens in Washington, DC?  Please let me know in the comments section!  Please share this post if you found it interesting!